You are here: Home1 / Varieties 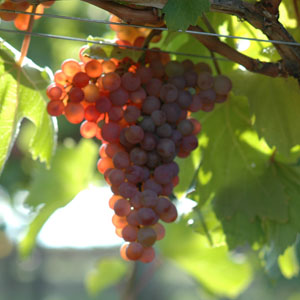 Roter Veltliner is a grape variety from the region. It has bright red berries. In 1837 Johann Burger describes it in detail in his book:

“Local terms. Everywhere in Austria, this grape is known under the name “Rother Muskateller”, which name is very improper, and causes confusion, because this grape has no Muscat taste, i.e. it is no muskrat, and there is a true red Muskatell grape, which is called in Austria “rote Schmeckende”.. The berries are medium-sized, almost small, ovate, fleshy, thick-skinned, brownish-red, with a grayish-reddish fragrance; the berries, less exposed to the sun, are partly green; The juice is very sweet, but has no taste of muskat. The grapes are big, crowded, winged, triangular.

The leaves have an oblong triangular shape, with five lobes. The middle lobe is particularly long, the incisions of the lobes, bays are deep and arched. The surface is dark green, smooth, and shiny on the upper leaves; the lower surface, the back, is light green, with a very thin, woolly approach, but not noticeable on the upper leaves. The teeth of the edge are pointed. The Rothe Muskateller is a precocious, and if the weather is favorable during the flowering season, abundant grape. It matures in a sunny position around the middle of September, and, according to the Burgundy species, is the first to appear in the market in Vienna, for which reason it is difficult to understand, as Metzger writes, that it is only properly matured in good vintages; in small years it is usually only half-ripe, and then only gives a sour wine.

From Krems via Langenlois, Gobelsburg, Rohrendorf, Hadersdorf and Thürenthal, this grape is predominant in the extensive vineyards of these villages, and one is so convinced of the advantages of this grape that one excludes all the other vines when planting new vineyards , The wine from Rohrendorf, Langenlois, Gobelsburg, partly from Krems, is made almost entirely from Rothen Muskateller grapes. “

Josef Mantler has worked with this grape since the 1930s. Since then it is cultivated on Mantlerhof, making our winery one of the first to work with it.

The Rote Veltliner was sensitive to flowering: in bad weather during flowering it tended to be poorly fertilized (“trickling”). He is not susceptible to dryness, but very much to Botrytis.

It shows its qualities as wine in good grape ripeness. It has a rich bouquet and is mouth-filling and long on the palate. It has the reputation of good storability.

We cultivate this wine in the following single vineyards: Reisenthal

„Sepp Mantler and his Roter Veltliner are a nearly unbeatable combination. His “Reisenthal”, a bit mature, together with braised beef is pure pleasure!”
Alex Koblinger, Master Sommelier 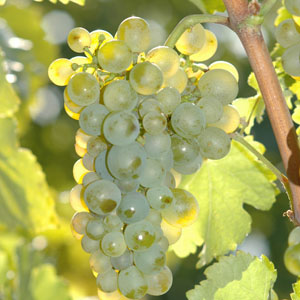 This grape variety is the specialty of Austria. It has the largest share with about half of the vineyards in both the Kremstal and Mantlerhof. The variety brings interesting and independent wine qualities in both late (“bad”) and early (“good”) locations. It was therefore planted at the Mantlerhof on the plateau (Weitgasse) and in good terrace locations (Moosburgerin, Spiegel) and on the slope toe.

Almost all of the Grüner Veltliner go back to the selection work of Josef Mantler (1910-1987). Technically they are a mass selection and not clones. In some vineyards clippings of the companies Aigner, Bogner, Edlinger and Knoll are planted.

Grüner Veltliner in its different styles matches with a multitude of dishes. That’s why it makes it so popular. One reason is the fruit which does not go too much in one direction. The ideal for Mantlerhof is a distinct classic spiciness. Another reason for its popularity is the moderate acid, which is neither too low nor too aggressive. Residual sugar does not fit so well with Grüner Veltliner.

We cultivate this wine in the following single vineyards: Spiegel – Moosburgerin – Kranz – Weitgasse 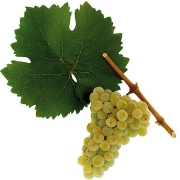 This too is a grape that has always been present on Mantlerhof. It was always higher estimated than Grüner Veltliner. This is probably due to its lower yield due to the small grapes and also because of its need for earlier sites.

The variety is robust, especially as far as their nutrition and water requirements are concerned. It brings the better qualities on poorer soil. Riesling has a particular nose and taste.

At the Mantlerhof Riesling is planted in the single vineyards Wieland, Stringraben and Zehetnerin. The latter does not meet the idea of a “good” location, as it is situated at the hillside toe.

In Wieland and Zehetnerin German classical clones were planted. In Steingraben a multiplicity of rootstocks (5BB, SO4, R27, 5C) and provenances (WeE 100, 239 Gm, Trier, selection Jamek) were planted.

Riesling as wine is usually lighter than other varieties. Its bouquet can take a special direction at maturity (“petrol tone”). The acidity is higher and leaner.

We cultivate this wine in the following single vineyards: Wieland – Steingraben – Zehetnerin 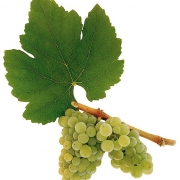 Neuburger has been planted on a small terraces of Reisenthal and Steingraben.

The written recoord reports the following:

“In the 60s of the last century Christof Ferstl, wine grower in Oberarnsdorf in the Wachau, pulled a small bundle of vines out of the Danube, planted them and finally developed the wine. The good reputation of the “New Vine” spread very soon beyond the municipal boundaries and especially the wine-growers in Spitz on the Danube were interested in this vine. They brought vines from Arnsdorf and planted them at the ruins Hinterhaus in Spitz, which has in called the Burg (castle). From the expression – “new vine of the castle” then the today still common name “Neuburger” developed.”

Christof Ferstl is an ancestor of Margit Mantler-Ferstl. Recent genetic studies have shown that it is a cross between Roter Veltliner and Sylvaner.

The variety brings soft, full-bodied wines. The emphasis is more on the body than in the fruit. A universal food companion.

We cultivate this wine in the following single vineyards: Steingraben – Reisenthal 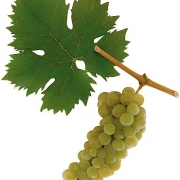 A grape variety that was already present at the Mantlerhof earlier. In the vinotheque is still the vintage 1959. Around the seventies, the prevailing taste moved away from flavor-intensive varieties. This variety was also victim like Gewürztraminer.

This changed again from the turn of the millennium on. It was planted newly in 2000 and 2003. 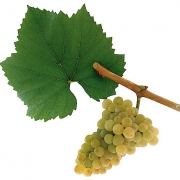 A variety that only has good qualities: in hot climate it brings enough acidity, in the cool climate sufficient maturity and good fruit. Its requirements in soil are not very high.

At the beginning of the 1980s, when Sepp Moser carried out the import clippings from France, we were among the first in Austria to plant this variety. First in early ripening terraces. It turned out that the wines from there were too thick. Today it planted in the plane.

The fermentation of the wine in new oak barrels soon gave way to our traditional vinification. The malolactic fermentation was never an issue.